More than a hundred years ago, the historic 1901 Charter established The Royal Bangkok Sports Club. Over the years, the Club has been faithful to this Charter and has evolved into a unique institution, at once traditional yet responsive to the changes around it. 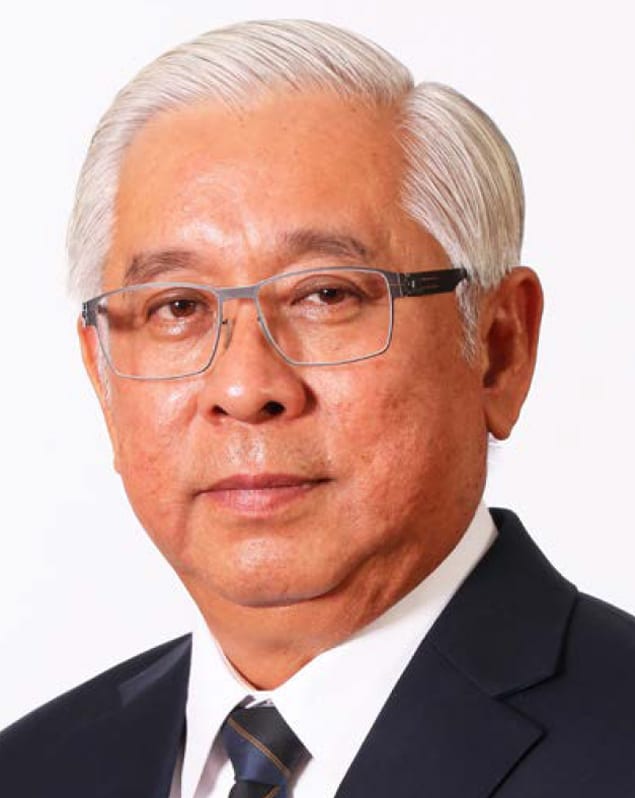 
It’s challenging again when the pandemic of Coronavirus or COVID-19 has been back with a larger impact to us. The Club has watched the situation carefully and implemented necessary measures based on BMA guidelines with an intention to serve members with safety as much as possible. We appreciate cooperation from members who followed our guidelines and provided useful information to us during this difficult time. As the situation is changing all the time, please stay updated by following only Club’s official channels which include Club’s website, Facebook Page and Line Official. Please keep in mind that wearing a face mask properly is a compulsory practice set by the government, and within our Club’s premises too.


On behalf of the General Committee, I would like to use this space to clarify member’s enquiries regarding the entirely closure of the Old Clubhouse, pending the resolution from Members on the decision whether to renovate or reconstruct such building.


The Old Clubhouse has shown signs of deterioration over time and the decision to close the Old Clubhouse was mainly for members’ safety. In 2011, the General Committee used to propose to construct a new Clubhouse as such building could not completely accommodate Members’ usage requirements. The then Committee decided to close the upper verandah of the Clubhouse on racedays. After the voting, the Motion to construct a new Clubhouse was defeated by a majority vote of the Members. Later, in 2014, a budget of Baht 142.9 million (without contingency) was approved by a majority vote for the renovation, refurbishment and redecoration of the Old Clubhouse, but no construction took place the following years which led to further deterioration to the core structure. STS Engineering Consultants Co., Ltd. was engaged to provide a structural assessment and perform load tests. The results revealed unsatisfactory safety standards with the safe service load at less than 100 kilograms per sq.m. which is lower than the standard as required by the law at 400 kilograms per sq.m. This led to the immediate closure of the 2nd floor of the Old Clubhouse while the solutions were being discussed. The Club has consulted with the Dean of the Faculty of Engineering, Chulalongkorn University, and reported the findings from STS Engineering to reaffirm the decision to close the Old Clubhouse entirely as it was unsafe to utilize. For the sake of transparency, the Club has reported these findings with members through various channels.


The Town Hall Meetings were conducted twice to clarify the cause to close the Old Clubhouse, broadcasted live and recorded on Facebook whereby consultants from STS Engineering and the Dean of the Faculty of Engineering, Chulalongkorn University, were invited to respond to members’ enquiries. Members’ constructive comments will prove invaluable in dictating the future of the Old Clubhouse.


The Club was further delayed in taking action due to some members’ request for the Faculty of Arts to inspect whether the Old Clubhouse is a heritage site, and another request sent to the Bangkok Metropolitan Administration to open access to the building. The Club had to coordinate with relevant agencies to determine the outcome which is an arduous process as the land is under lease by the Crown Property Bureau (CPB), and notice must be given prior to inspection by the Public Works Department, BMA. These agencies hold authority over the General Committee and until they come to a conclusion, the less options are available as time progresses.


The General Committee wishes to address that we have no intention of solely opting for demolition and reconstruction of a New Clubhouse, and seeking to gain profit from this operation as these claims are baseless. The General Committee would like to reiterate that the safety of members is of the highest priority and the resolution must be derived from a majority vote from as many members as possible. Spending expenditures must follow the regulations of the Club and be conducted with transparency.


The General Committee will further update the progress after getting any conclusion from The Department of Civil Engineering and the CPB. The full version of this update statement can be found in this magazine, as well as in other channels distributed earlier, for your information.


On the last note, on the auspicious occasion of Her Majesty Queen Suthida’s birthday, I would like to invite Members to present their best wishes during 1st – 4th June 2021 at the RSC building and Polo Club Verandah. 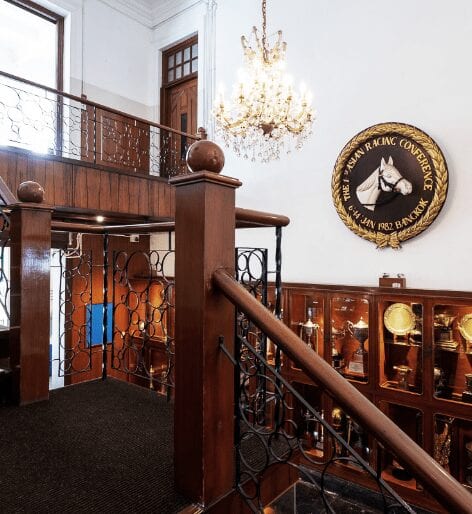 “Somdej Phra Paramintara Maha Chulalongkorn Phra Chula Chom Klao, the King of Siam, wishes to make known to all those who see this charter that.. Thai and foreign residents in the Capital City of Bangkok have submitted a request for Royal approval for the establishment of a Club in Bangkok for the purpose of improving the standard of horse breeding and various other field sports. His Majesty’s Royal opinion being that such a Club would also help towards promoting the prosperity and enhancing the beauty of Bangkok, Royal approval is hereby graciously given… “

1903 Horse racing begins at the Club in January

Horse racing was well established at the  club by early December 1904, when the times announced eight races, including one for the King’s Gold Cup. Phraya Gadadharabodi recalled that horse owners include both noble Thais and foreigners, each with his own colours.

1905 Cricket begins at the Club 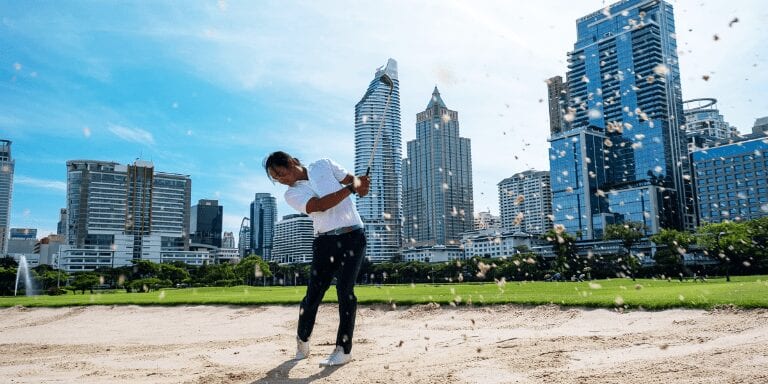 Squash courts were added to the Club’s facilities in 1908, three years after they were first proposed. Their earliest known competition use was in 1910 when players were invited to compete for the Chiengmai Challange Cup presented by D.F. Macfie. This cup is still prominent on the Club’s annual squash calendar and played for in one of the oldest squash competitions in the world.

The kingdom was plunged into mourning on 23 October 1910 by the death of King Chulalongkorn. Who had not only been the longest-serving ruler of the Chakri Dynasty but also the chief mover in the implementation of revolutionary social changes affecting every aspect of the kingdom’s life.

1911 First aircraft ever seen in Thailand takes off from the Club’s grounds for a demonstration flight.

The project was an extraordinary one, yet typical of the dazzling innovations then being introduced to Thailand. Just seven years after Wilbur and Orville Wright demonstrated around Southeast Asia with Charles Van Den Born, a French aviator. Following the success of the first show at the racecourse in Saigon, he had arranged that The Royal Bangkok Sports Club stage a similar event at the end of January.

1912 J. Caulfield James, Chairman of the Club, applies to the Privy Purse for loan to demolish clubhouse.

J. Caulfield James, Chairman of the Club, applies to the Privy Purse for loan of 250,000.- to demolish clubhouse and build new one; approved by King Vajiravudh; given by the Department of Finance,1913.

The opening of the clubhouse was held on 23 November and was, according to various accounts, a gala event that attracted much attention. The King arrived in a four-horse carriage  at a quarter past four in the afternoon and was greeted by Caulfield James and the Committee.

1925 Death of King Vajiravudh.
1926 King Prajadhipok presents squash cup to the Club and also becomes the first Thai ruler to play a round of golf on the Club’s course.
1931 Interport cricket match is held in Penang, RBSC versus PSC for the Elephant Trophy.

The Elephant Trophy for cricket, it may be recalled, had been lost to Penang an interport game in the early thirties. During the war it lay hidden in one of the Penang Club’s shed, wrote Ken Gregory in a 1985 recollection, and it was not until after the war that he or she as the case may be was discovered. 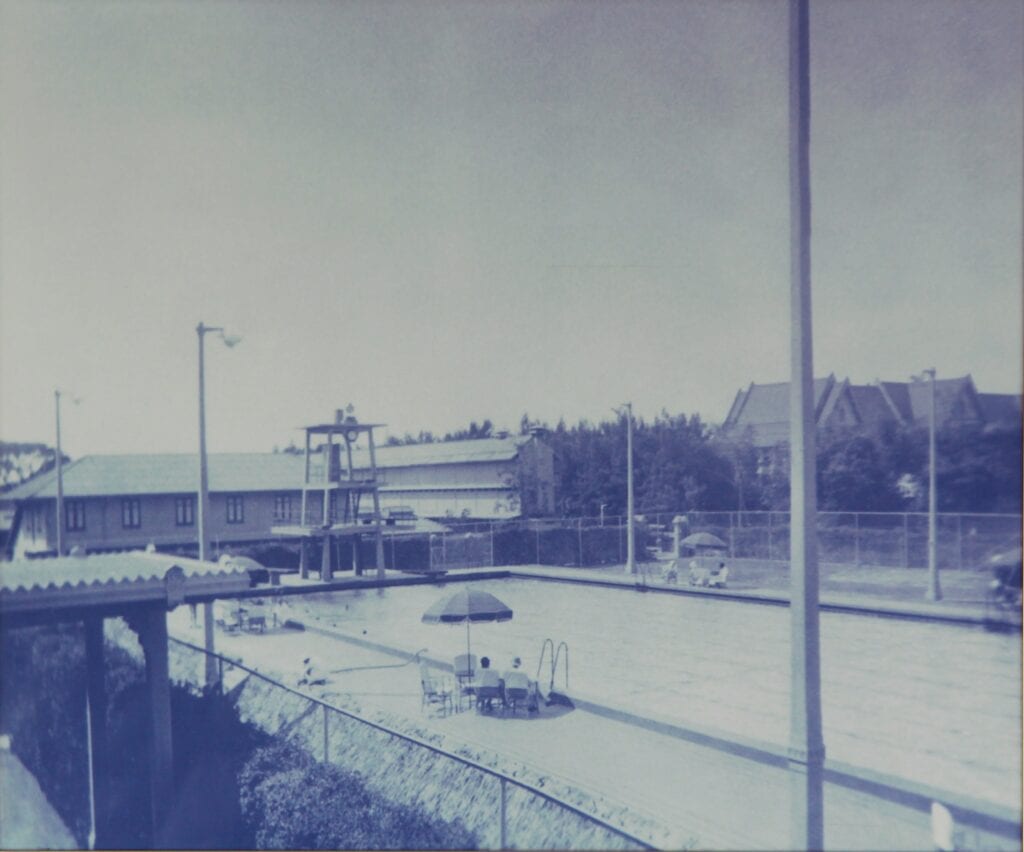 Racing is suspended at the Club in March; on 8 December Japanese army takes over the Club premises; Mom Chao Rachada Bhisek Sonakul becomes first Thai Chairman of the Club, remaining in office until 1946.

The swimming pool continued to be the Club’s biggest family attraction, even more so when a special wading pool for children was added in 1955. More sundeck chairs were acquired, as well as call buttons for prompt food service and a new members whose offices homes were conveniently.

New 25-metre pool adds to the Club’s facilities; other improvements include new sports pavilion with incorporated spectator stand, air-conditioning of men’s and ladies’s changing rooms, and extension of main office.

1978 The Club acquires lease on the Polo Club.

One significant change for the Club actually came quite soon. For some time, there had been varying opinions over the best way to meet the steadily growing deman for membership, In view of the limited facilities.

A Lawn Bowls Section was established in late 1979, About a year after such enthusiasts as Preben A.F. Aakesson, Tom Adams, and Len Alexander began stirring up interest.

A Riding section was formed in 1981. That year the section had twenty-three horses and Thirty ponies as well as fifteen privately owned mounts.

1982 Swimming pool and clubhouse at the Polo Club open

The old swimming pool, finally beginning to show its age due to heavy use and land subsidence, underwent a major renovation in 1977, adding more efficient gutters to the water citculation system, and a new twenty-five-metre pool was also built to serve younger children  as well as adults

Official opening ceremony of the Rajkreetha Sports Complex in the presence of His Majesty the King’s Representative, His Royal Highness Crown Prince Maha Vajiralongkorn. 30-year lease agreement for the RBSC Polo Club is signed with the Crown Property Bureau. 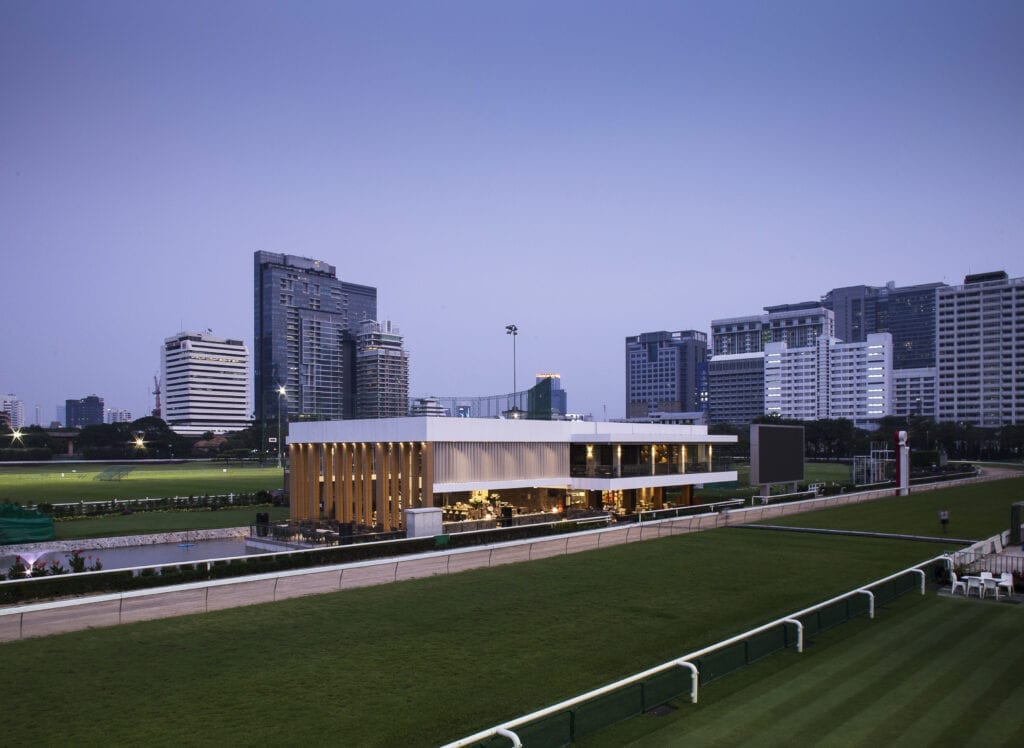 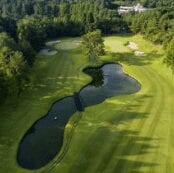 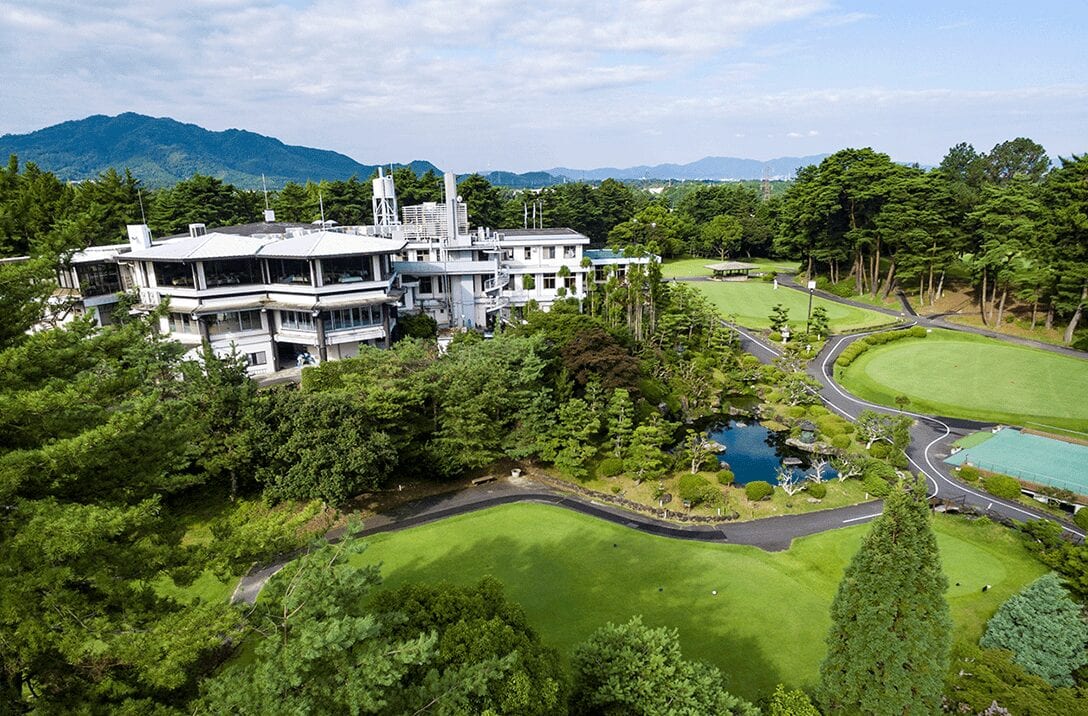 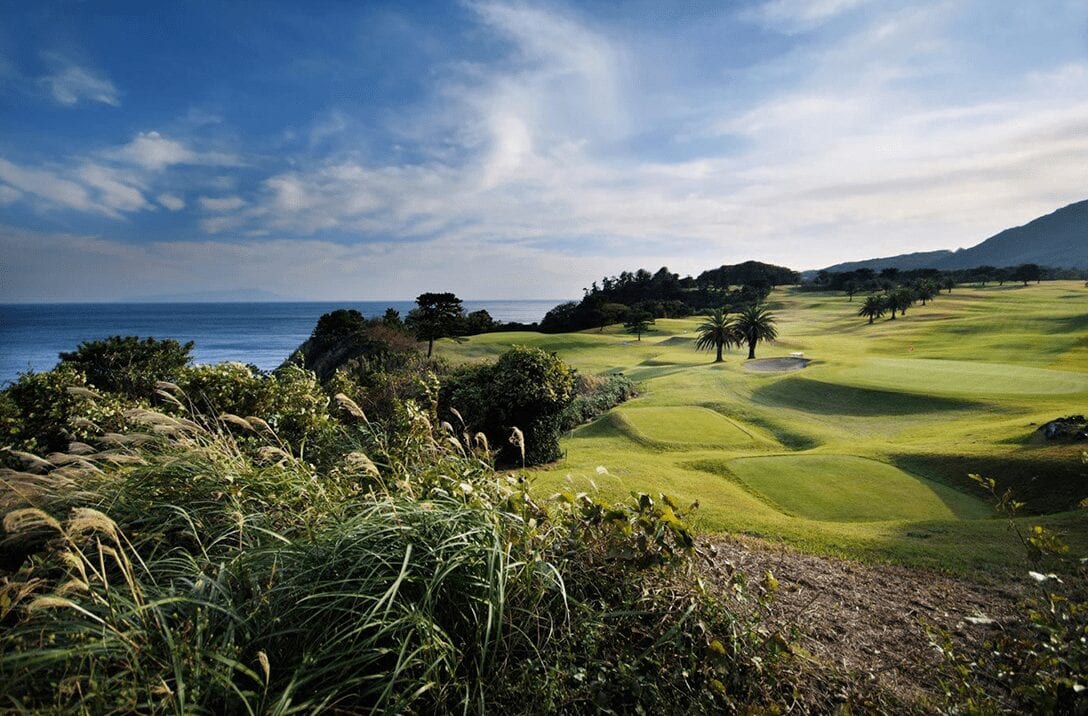 What are the Club’s operating hours?
RBSC and RBSC Polo Club are open from 5:30 a.m. to midnight everyday.
For detailed operating hours of each facility, please check the Sports or Facilities section.
Are Members allowed to bring guests?

Members are allowed to bring guests to the Club’s F&B outlets or private functions and are required to complete Guest Registration at the checkpoint.

How is the membership application process?

Overnight parking is not allowed. However, should Members require overnight parking on special occasions they must submit a request to RBSC Membership Services Manager / RBSC Polo Club Membership Services Manager or the Duty Manager for permission. After hours of the aforementioned managers, a request can be submitted through the authorized Security Officer.

How can a Member organize a private functions or meeting at RBSC and RBSC Polo Club?

RBSC and RBSC Polo Club offer ranges of venues and services to cater Members’ needs. To find details of our services and make an appointment with our catering master, please contact RBSC Catering Office at 02 028 7272 extension 1177-1178 and RBSC Polo Club at 083 919 8189.

For Members, connect to Wi-Fi network “@RBSC_TrueFreeWiFi”, you will be directed to the internet access page, click on “RBSC Member” and fill out your 12-digit Member ID and phone number, choose “Accept terms and conditions” and then “Login” to enjoy your free 100Mbps/100Mbps internet access.

For Guests, connect to Wi-Fi network “@RBSC_TrueFreeWiFi”, you will be directed to the internet access page, click on “Guest” and fill out your Thai Citizen ID and phone number or if you’re a foreigner fill in your passport number and email address, choose “Accept terms and conditions” and then “Login” to enjoy your free 10Mbps/1Mbps internet access (limited to 1 device per day)

Royal Bangkok Sports Club (RBSC) hereby gives you the confidence that all the personally identifiable information that you have kindly given RBSC via the visit of this website or through various interactions that you have entered into with RBSC are the important and critical information for us and RBSC commit to assure the confidentiality, security and safeguard of all those information at our best level of standards and pursuant to the relevant legal framework. For details, you can study our Privacy Policy from here.I acceptPrivacy policy